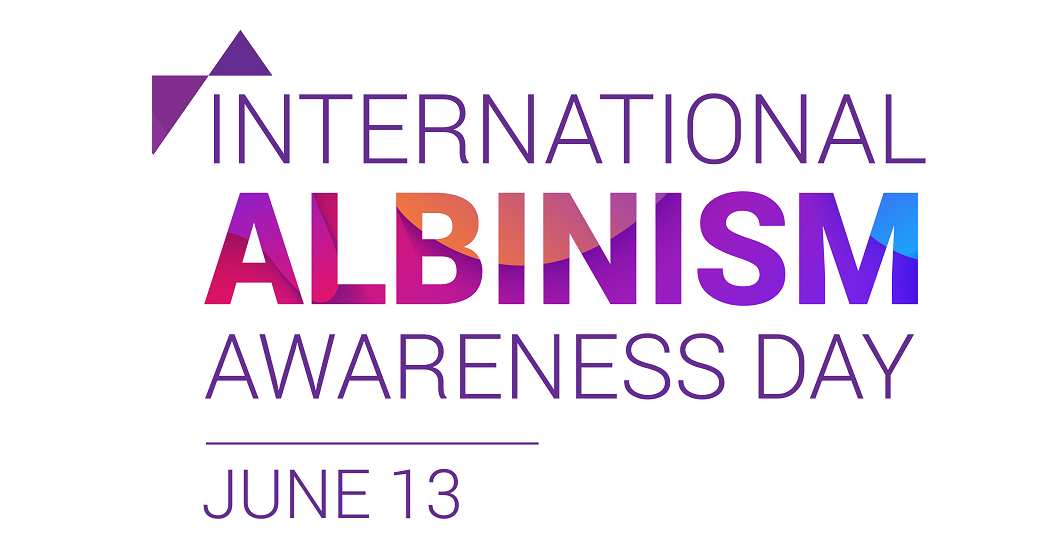 Milano, ITALY– June 13, 2019: Speaking ahead of International Albinism Awareness Day
on Thursday, 13 June, a group of American, European, Japanese and Australian Organizations serving persons with albinism worldwide* speak in defense of their brothers and sisters still under attack in parts of Africa; but also hail the strides that have been made.

(LINK TO PDF)
Today, we acknowledge the epic strides that have been made in demystifying albinism in the public forum globally. While there remains more to be done, we see the difference and many of us are benefiting from the great
awareness being raised. The media too has played an important role in this progress. So have several champions within our community – too numerous to mention. We salute all our heroes – known or unknown, sung or unsung, with albinism and without.
Also on this day, we denounce ongoing attacks targeting persons with albinism in certain countries in Sub-Saharan Africa. While these atrocities seem far and inconceivable for most of us, we nonetheless are aware that
one slight change in location would have changed our destiny. We strongly urge all concerned governments and all relevant international bodies such as the United Nations to continue to strive to prevent these horrific and
abhorrent forms of violence.
There are also too many people with albinism worldwide who die early to skin cancer – a preventable condition. We urge governments to improve access to education and the highest attainable standard of health. The recognition of sunscreen as an essential medicine to be provided to persons with albinism, at little or no cost, would reduce the incidence of skin cancers and increase the productivity of those with albinism. We also urge relentless efforts to end all forms and levels of discrimination, from bullying in the classroom to discrimination in accessing community life and employment.
Finally, we celebrate the global theme of this day: still standing strong. A motto to recognize, celebrate and encourage strength in persons with albinism. Despite all the past and on-going challenges, we have reason for hope; reasons to still stand strong. We know that our world is bound to become a better place for all persons with albinism, uniformly, across the globe, regardless of disability, colouring and geographic location. We have a dream that one day, people with albinism will take their rightful place, in every level of society and that the days of discrimination will become a faint memory.

We dedicate ourselves afresh to that dream coming true today. 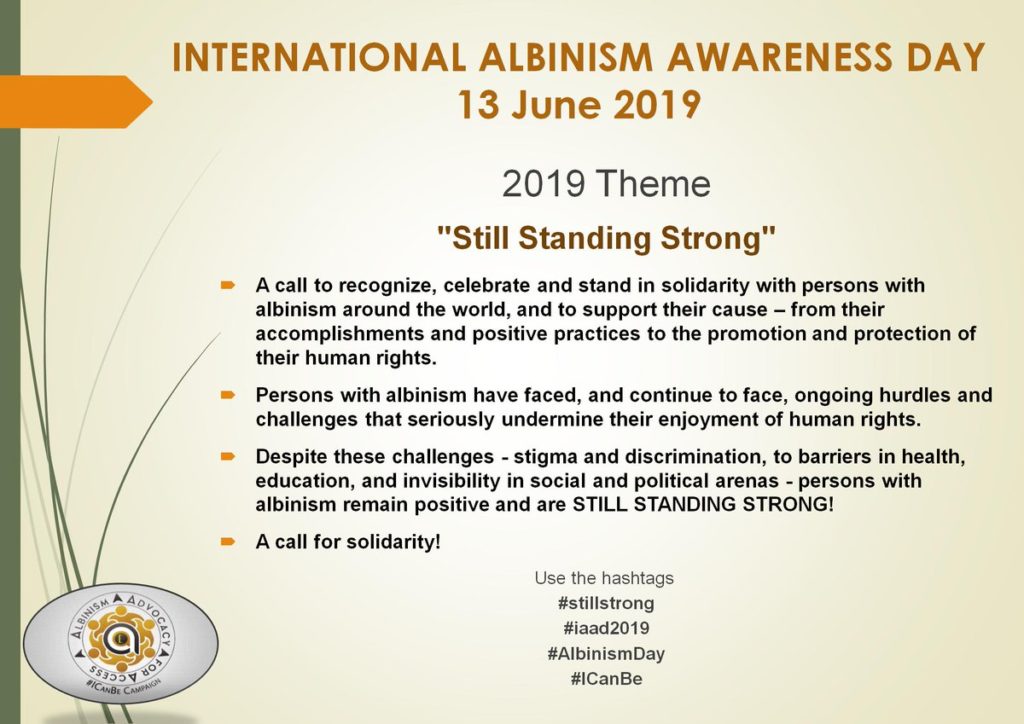 The world celebrates International Albinism Awareness Day (IAAD) 2019 today, June 13, 2019, with the theme Still Standing Strong. IAAD is a call to recognize, celebrate and stand in solidarity with albinism patients around the globe.

The theme calls people to support their cause, right from their achievements to the protection of their human rights. Albinism sufferers face social stigma, obstacles in access to areas of health and education and ignorance in social and political arenas.

And despite all, they STILL STAND STRONG! #stillstrong

Albinism is a congenital condition characterized by complete or partial lack of pigmentation in skin, hair, and eyes. This accompanied by a number of vision defects including amblyopia, nystagmus, and photophobia. The condition can last for years or even a lifetime. 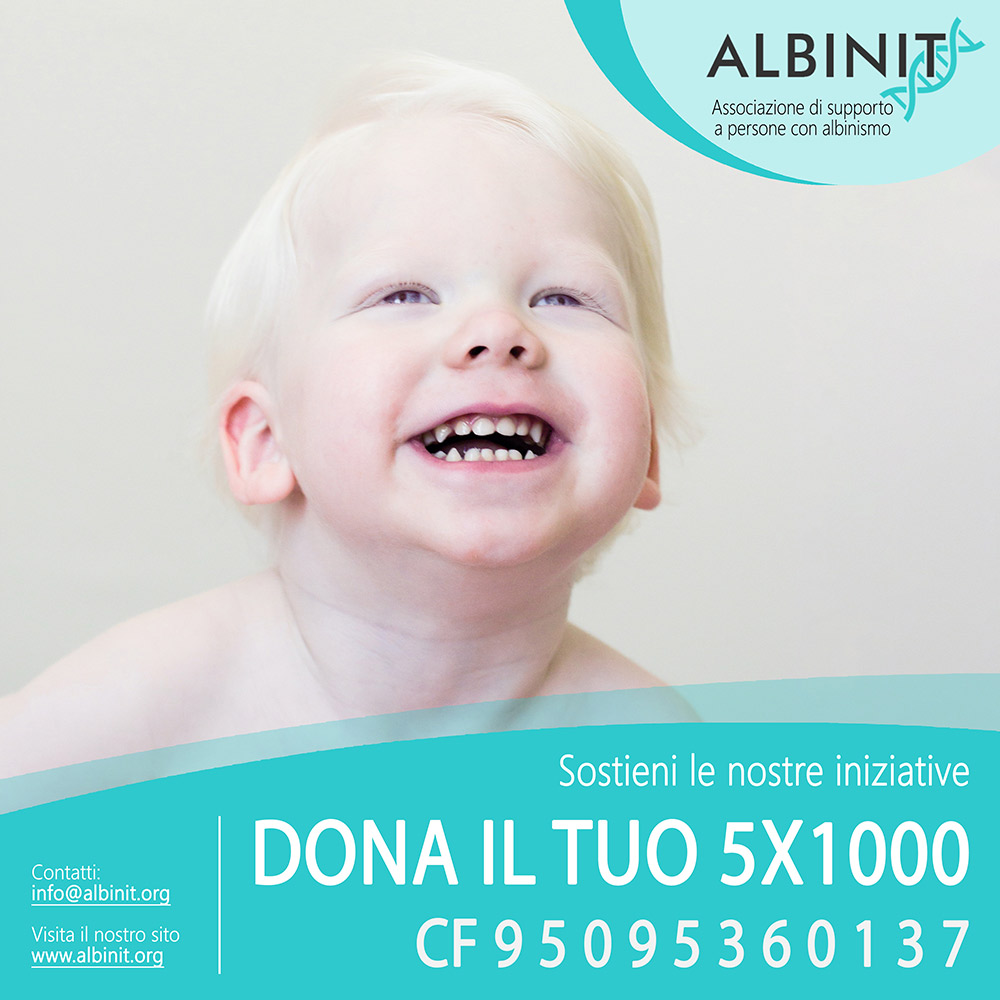